Hey There Teacups! Happy Monday, I hope you’re all doing well today and looking forward to the week ahead. Today’s post is another Let’s Talk Tea post and this time around it features The Wee Tea Company. They are based in Scotland and pride themselves on their range of home grown tea from Scottish tea gardens.

The Wee Tea Company were kind enough to send me a selection of teas from single esate teas from The Dalreoch Plantation in Perthshire to try out In total they sent me five teas, you all know by now that once I get into talking about tea you can’t stop me. So instead of reviewing them all in one post and have it be a super long post I’m going to cover them over two, 3 in this post and two in the next. 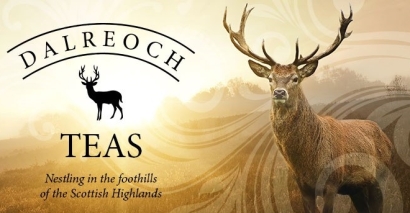 Dalreoch sits in the heart of Scotland in Perthshire, not too far from Dunkeld. After an initial stock of 2,000 plants they have increased to 14,000 in total. Those plants are mainly Camellia sinenis sinensis and Camellia sinensis assamica with other smaller stocks of tea making Camellia. It’s elevation is 750M, and the climate that it is grown in has a lowest temperature -10C & a highest temperature of  +32C. The plants are grown in Acidic previously untilled soil with very good natural drainage and fed by a Scottish mountain spring. Rain fall and/or cloud cover for +170 days of the year. The first flush of the year is on February 14th and then through to September.

Because the plants are under stress for the majority of the harvesting period they naturally produce a finer leaf quality. Combinations of the very clean Scottish mountain air and the nutrient rich soil allow for a smooth and undiluted fruitier flavours. Their first flush is always the sweetest but throughout the growing season the vegetative notes of heather and slow growing flavours of rich peat based soil.

As you all know I love oolong tea and I’ve been wanting to open myself up to more of it this year so I was incredibly happy to see that The Wee Tea Company had included some in the package that they sent to me. (I couldn’t help but try this one first). Before trying these teas I had never had any Scottish grown tea before so I didn’t really know what to expect, it was nice to go into trying some new teas with any preconceptions or expectations. It’s been a long time since I’ve been able to do that it was really a refreshing experience. 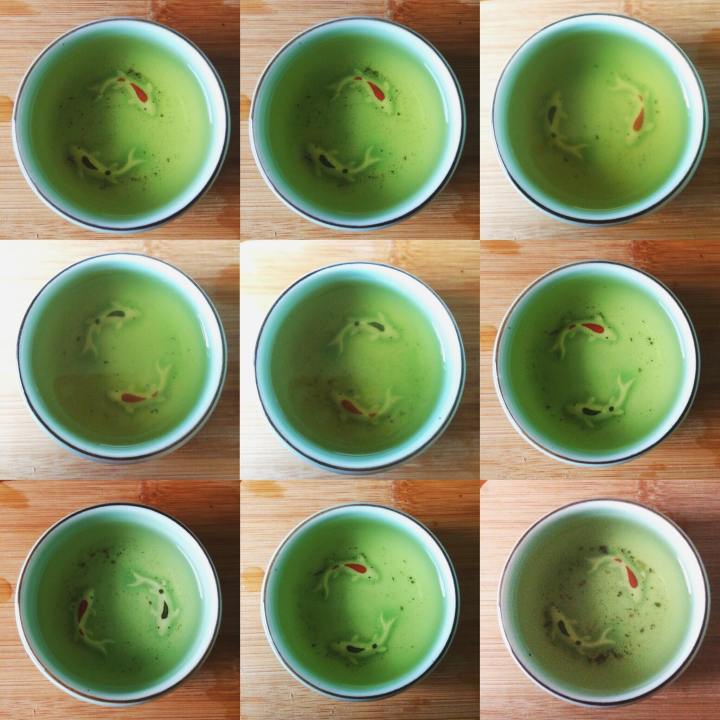 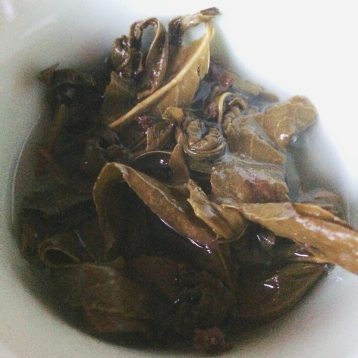 This is a very light and delicate oolong that started off mostly sweet and floral with hints of vanilla in the aftertaste and a slight creamy mouthfeel. As the steeps went on  it did get a little more vegetal and the sweeter notes took more of a backseat I wouldn’t take this oolong further than 9 steeps as it did get rather bitter toward the end. Most of the sweetness was in the aftertaste which isn’t a bad thing at all as it didn’t over power any other notes. Until the last steep there was no bitterness to it at all and it was a really pleasant tea to just relax and drink. I would highly recommend this to any oolong lover out there, I have no doubt in my mind that I you love oolongs you would adore this. I haven’t tried cold brewing this yet but I will give that a go because I feel like it would work really well.

I’ve said it before and I’ll say it again I’m not a huge fan of smoked tea at all. I don’t drink many smoked teas as my taste buds just don’t enjoy it and it normally makes me feel a little bit sick. I’ve never actually had or heard of a smoked white tea so I was incredibly hesitant to try this. In my mind all I could think of was the experiences I had, had with smoked teas in the past and unlike the oolong in this post I went into this with assumptions and was really worried that I wasn’t going to like it at all. Oh boy was I wrong! 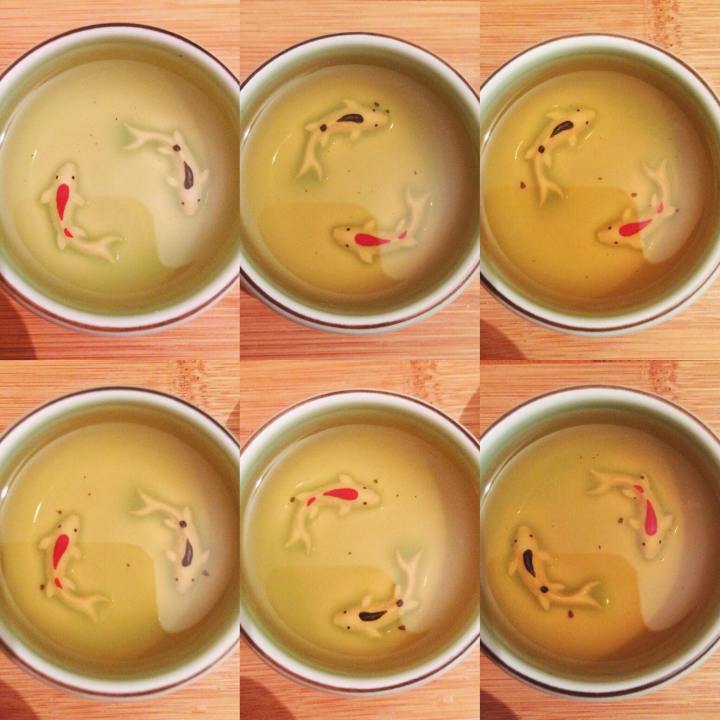 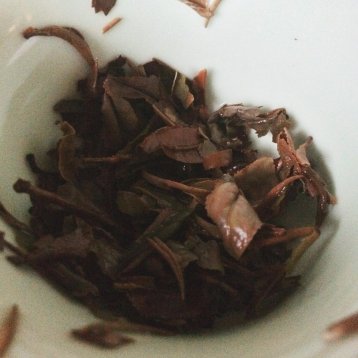 There is nothing more I love than when a tea proves me wrong and blows all of my assumptions out of the water. The aroma of the dry leaves was very strong and Smokey but there was a little bit of sweetness in there as well. When steeping the Smokey notes deffinelty mellowed out which made me a little less scared to try it. The First steep was very smoky but the contrast between the Smokey notes and the delicate floral notes of the white tea absolutely blew my mind.

The flavour palette was like nothing I had ever tasted before and I actually really enjoyed it.  As the steeps went on the Smokey notes mellowed out a lot and the white tea’s classic floral notes came to the forefront. I only did 6 steeps with this but I do think that It could maybe go a little bit further. This would be a great tea to have with savoury food. If like me you’re not a huge fan of smoked teas and you’re a little hesitant when it comes to trying them, I would deffinelty suggest you pick some of this up and give it a go it might just help you learn to love them.

I honestly do love white tea and I don’t know why I don’t drink more of it. Maybe I should give myself another tea goal for this year and work on drinking more white teas… Does anyone have any recommendations on tea companies that do great white teas and or white tea blends. 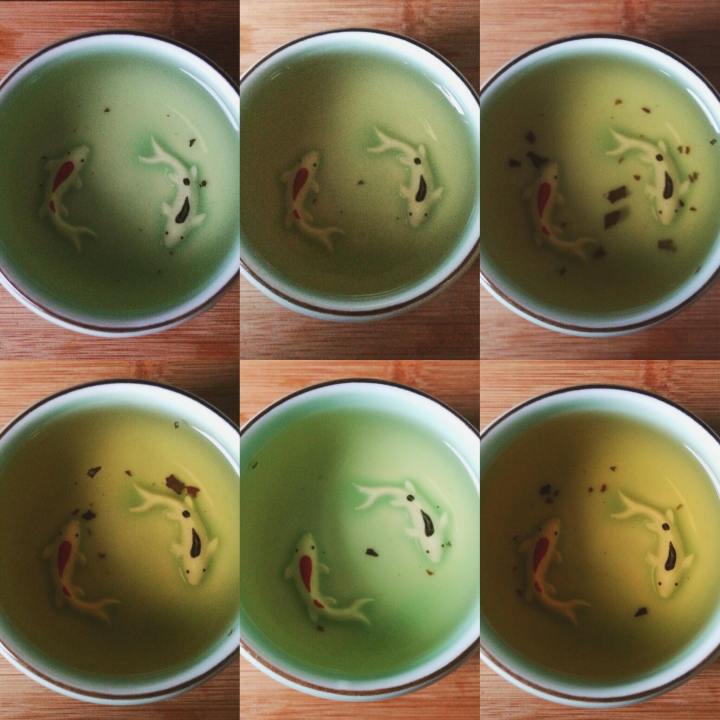 The dry leaves of this tea were slightly malty (which I wasn’t expecting) but also smelt quite sweet and I swear I picked up a slight cherry note in there as well. When drinking this I was actually quite surprised by how much it didn’t taste like a white tea. It hardly had any of the classic floral notes and was much more malty so much in fact you would think it has been mixed with a black tea. That’s not to say that I didn’t really enjoy it, it just took me back a little bit. After the first 4 steeps I did start to notice a little bit of a bite in the after taste which is why I decided to stop at six I wasn’t super unpleasant but my taste buds just couldn’t take to much of it. I was really surprised by the natural sweetness of this because the sweetness was such a backseat note in the aroma. Overall I really enjoyed this tea mostly because it so different from a lot of the white teas I’ve tried before. I can imagine this would be really good cold brewed with a little bit of lemon.

You can find out more about The Wee Tea Companies and their Scottish Tea Plantations/Gardens and buy the teas featured in this post for yourself on their website. The second part of this collaboration will be up at some point in march so keep your eyes on my blog to make sure you don’t miss it.

As always teacups if you have any questions at all either stick them in the comments or send them to me on twitter (@teaisawishblog) and I’ll answer them as soon as I can.

Speak to you all on Wednesday. Happy Steeping – Kimberley