Hey there Teacups! It’s time again for another Let’s Talk Tea post, this time are I’m going to be reviewing White2Tea’s 2017 Turtle Dove. I was very kindly sent two mini cakes of this tea to try and I’ve been waiting such a long time to finally write about them. You’ll all know by now that I’ve adored every tea I’ve tried from White2Tea so far so when it comes to trying new ones I’m always so excited to see if they are as good or better than the last ones I tried.

White2Tea’s 2017 Turtle Dove is a pressed white tea from Yunnan. Made from the large leaf varietal material, the tea is sun dried, with no machine processing involved. The tea has a thick body, soft mouthfeel and a unique natural fragrance. This tea is forgiving with any type of brewing, including gongfu, western, or grandpa style. A perfect tea to drink daily without much fuss. Drink now or age for the long haul. This tea has been tested and passed the test for 440 of the pesticides and herbicides on the EU MRL list. – White2Tea 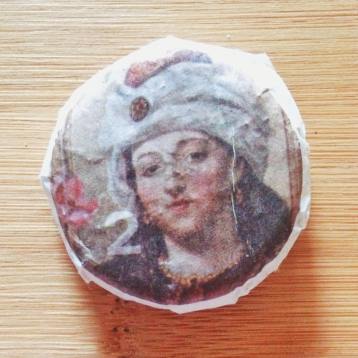 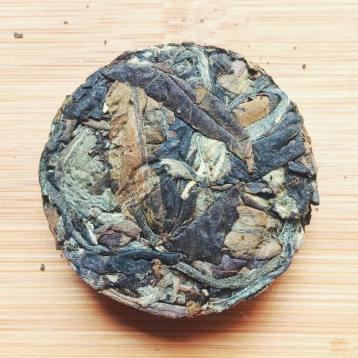 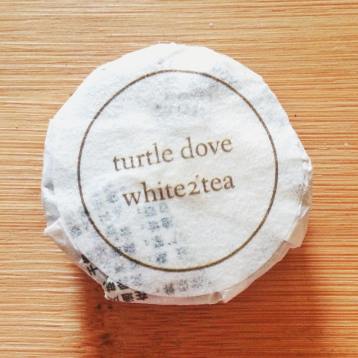 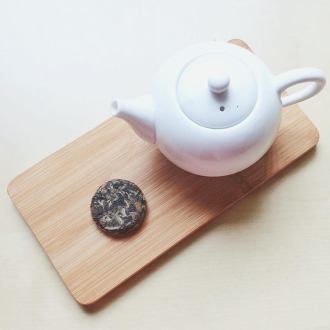 Steep 1 | 2mins – Aroma: Light and Surprisingly malty with a floral underpinning. I was surprised by such a strong malt presence with this being a white tea I thought it would be much for light/floral and sweet. There are some florals in there if you look hard enough but they aren’t as strong as I would expect them to be in a white tea. Tasting: Sweet – Slightly Floral – Light – Delicate with a slight fruity note in the aftertaste. After a few sips I started to notice a coconut like aftertaste that took this tea to a whole new level, it made my mouth water and while it sounds impossible that a tea would have that aftertaste without being blended with coconut it was defiantly there and was an unmistakeable coconut note. As I said there was quite a strong malt in the aroma, so I was really surprised by the fact that, that didn’t appear in the flavour profile at all. One of the only things I didn’t like about this tea at first was that it did become quite grassy at the back of the mouth but that didn’t affect my enjoyment too much. I think you can tell that this tea has been sun dried there’s just something much more natural about its smell, taste and colour. There’s no astringency to it at all in fact it’s very refreshing I could see this becoming an everyday white tea for me. I really do need to put a lot more effort into trying more white teas because when I do have them I enjoy them too no end.

Steep 2 | 3mins – Aroma: Very similar to the first steep aroma wise but there was a delicious milk chocolate note in there as well and it smelt much sweeter than the first steep as well. Tasting: Flavour wise it was also incredibly similar the first steep but much stronger in pretty much every aspect. Sadly, I lost that coconut aftertaste which was annoying because it was one of my favourite aspects of the first steep however it was replaced by a vanilla hint though which more than made up for the loss. In this steep a little bit of the malt from the dry aroma finally came through in the taste and made this tea even better.

Steep 3 | 4mins – This steep is where this tea got interesting! Almost all of you will have had rice crispies at some point in your life so you know exactly what I mean when I say that this tea both smelt and initially tasted like them down the slight milk frost they have it was both surprising and amazing. I just wish it has been stronger and has lingered rather than just being in the initial taste. Never the less this steep was just as amazing as the first two and aside from what I’ve spoken about it was pretty much the same taste wise only he sweetness was a little lighter and it got a tad more floral.

Steep 4 | 5mins – Flavour wise this was the same as steep three, but everything was a lot more muted and overall it was nowhere near as sweet.

Steep 5 | 6mins – This is where this tea got very light and lost all of it’s best qualities. I had to stop this session here as pushing it any further wouldn’t have resulted in anything worth drinking as it would be far too light.

I did go back to this tea after a few busy baking hours and did 3 more steeps! Something just told me that I hadn’t gotten everything out of this steep that I could have so I had to try a few more steeps even if nothing came of them. Overall, I really enjoyed this tea it’s not often that I have white tea, so it was rice to reintroduce myself to it and I couldn’t have picked a better white tea to restart my journey with than this one. Thank you White2Tea for yet another amazing tea! I can’t wait to go on a shopping spree on your website when I have lifted my tea ban. There are so many teas on their website that I can’t wait to try.

You can find out more about White2Tea and purchase this delicious pressed white tea for yourself here. As always Teacups if you have any questions at all either stick them in the comments or send them to me on twitter/Instagram @teaisawishblog and I’ll answer them as soon as I can.

Speak to you all on Friday. Happy Steeping! – Kimberley