Hey there Teacups! It’s been a while since I’ve done a matcha review for this series hasn’t it but that will all be changing over the next few months and first up I’m going to be reviewing Mizuba Tea Co’s Daily Matcha. For a long time I was doing my best to try and have matcha ever day at least once but I’ve fallen flat on that over the last few months so I’m hoping this will be the turning point and I’ll be able to drink/feature more of it throughout the rest of the year. 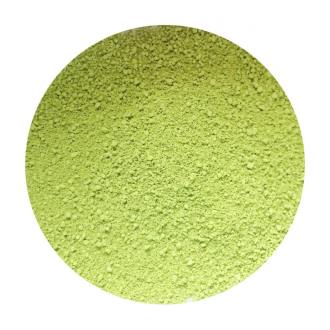 Aroma wise this matcha is quite different from most that I’ve had in the past instead of having that trademark creamy note it has much more of a savoury butter like note that really intrigued me. A lot of new teas I’ve tried recently have show me just how varied tea can really be and I love that even after all this time I’m still being surprised by tea on a daily basis.

(For this matcha tasting session I used my Nothing But Tea Yuto blue matcha bowl a teaspoon and a half of matcha and 85-90o water | tried on its own and as a latte | If you want me to do a post on the best way to prepare matcha let me know it’s something I would love to do if enough of you are interested in it.)

This matcha is unlike any matcha I’ve tried before I’m used to sweet, and creamy with strong vegetal and umami notes but this one is for the most pat savoury, buttery and grassy with very light vegetal notes. Its uniqueness is what I think made me enjoy it more though because it is such a welcome break from the norm. I was expecting it to be strong with how dark it was in colour when I added the water, but I was really surprised when it took my first sip and all its notes were relatively mellow. The description on its sachet said it was going to be mellow, but it wasn’t expecting it to be so mellow with the strong aroma it has.

Another amazing aspect that this matcha has is how much of an excellent froth it holds I didn’t have to whisk for long before that became obvious I’ve had quite a few matchas that haven’t really held a great froth and honestly there is nothing more disappointing that a matcha that doesn’t hold a good froth it’s like taking a trip to a theme park and all of the best rides being closed so when It saw such a great froth build while I was whisking it put such a big smile on my face it was an instant mood changer. That froth also gave it such a light and airy mouthfeel initially which worked hand in hand with the smooth texture of the overall matcha.

When I saw just how much of an amazing froth this held and found that taste wise it was rather unique I had to do what I tend to do with most new matchas I try now and see how well it would it would work as a latte. You all know just how many lattes I make/drink these days so it’s important to me that any matcha I try/have in my collection work well when used in a latte. While it made for a nice latte because of how mellow most of its notes are it struggled just a little bit to stand up against the milk, so I probably won’t have this as a latte again and I’ll enjoy it for what it is on its own.

Overall, I really enjoyed this matcha it was a welcome savoury break from the sweet and creamy matcha norm and held such a great froth. I was slightly disappointed that it didn’t really make for a good latte but that just means it will have to be one I enjoy on its own and save my Oatly barista milk for another day. I think this was the best way I could have started my Mizuba matcha journey and I’m really looking forward to trying all the other matchas they sent. (Keep an eye out for them on my blog over the next few months)

If you want to find out more about Mizuba Tea Co and purchase their daily matcha for yourself, you can do both here. As always Teacups if you have any questions at all either stick them in the comments or send them to me on Twitter/Instagram and I’ll answer them all as soon as I can.