Hey there Teacups! I’m back today with another Let’s Talk Tea post and this time around I’m going to be reviewing Tealish’s Apple Crumble blend. They very kindly sent me this blend and three others from their Seasonal Sweets collection to try and I’ll be reviewing them all for this series during 2019. All of the blends they sent smell absolutely amazing but this one stood out to me because apple crumble is one of my favourite desserts and I had to try it first because I simply couldn’t have waited much longer to try it. I’ve been following Tealish for a while now and admiring their blends from a far so the fact that they wanted to collaborate with me made me so happy. 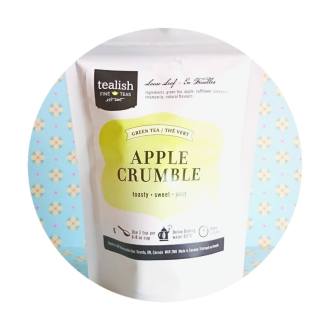 Here’s what Tealish have to say about this blend on their website: Apple Crumble is a green tea blend with sweet notes of apple and cinnamon spice that reminds us of fresh baked apple crumble with a scoop of vanilla ice cream!

This blends aroma is absolutely beautiful and it’s the thing that made me want to try this blend over everything else it smells exactly like apple crumble and normally blends that have an amazing aroma fall flat in taste (not all of them but most). This blend is not one of those blends its just as amazing in taste as it is in aroma and I can’t get enough of it, its honestly beautiful and so light, sweet and fruity. I was so ready for this blend to let me down because it had such an amazing aroma but it did the complete opposite and proved me completely wrong. I’ve had a lot of blends that are supposed to replicate sweet treats like crumbles and cakes but lots of them fall flat this one replicates apple crumble perfectly and even has a note of vanilla ice-cream / custard to it in the after taste. 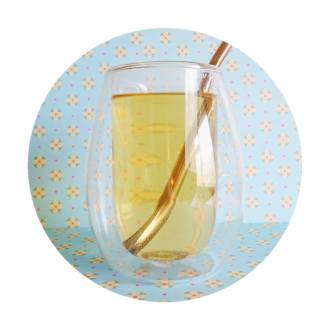 When I first read the name of this blend I expected it to be a tisane as I have had apple crumble blend in the past and they have all been tisanes so I was quite surprised to see it had a green tea base. Green Tea was deffinelty the best base for this blend and it provides a light background and subtle vegetal note that pair perfectly with the apple and the chamomile. I didn’t get much of the cinnamon until the aftertaste but it plays a great part in creating that crumble like flavour with the chamomile. The apple not only packs an insanely fruity punch but a delightful natural sweetness which means it doesn’t need any sweetener at all and it’s pretty much perfectly balanced.

If you want to find out more about Tealish and purchase some of this delicious blend for yourself, you can do both here. As always if you have any questions at all either stick them in the comments or send them to me on Twitter/Instagram @teaisawishblog and I’ll answer them all as soon as I can.