Hey there Teacups! I’m back today with another Let’s Talk Tea post and this time around I’m going to be reviewing Adagio’s – Earl Grey Bella Luna. They very kindly went me few of their blends to try at the end of march and included in the package was this amazing Earl Grey. I wanted to start reviewing the blends they sent way before now but considering this one was the first one I tried I wanted it to be the first one I  reviewed. I never normally post on a Friday but I’ve waited until today to review this for a very important reason.

Adagio’s Earl grey Bella Luna is only available to purchase on days of the full moon so I wanted to make sure my review of it also went up on the day of a full moon so it was still available for you to purchase after reading my review (otherwise you’d have to wait until the next full moon to buy it). Rather than wait until a month where the date of the full moon was already a date within my posting schedule I thought why not do an extra post and get it out there as soon as possible. Not only is today the day of a full moon but today’s full moon is a full pink moon.  If like me you have no idea what that means The Old Farmers Almanac states that: ”April’s full Moon is called the Full Pink Moon, heralding the appearance of the “moss pink,” or wild ground phlox—one of the first spring flowers”. Don’t go outside looking  for a pink moon though! Because despite the name the moon won’t actually appear pink, instead this moon just symbolises the changing of seasons and harvest.

Here’s what Adagio have to stay about this blend on their website: Humanity has always had a complex relationship with our closest celestial body. We’ve projected our dreams upon it, walked on its surface, composed countless inspired works, and created calendars based on its consistent phases. Its gravitational pull governs the swell of tides, and, some might say, human behaviours. Mid-month, the moon waxes full, and for a night, the sky is its brightest. We crafted Earl Grey Bella Luna as a nod of appreciation to the power of the full moon – a timeless glow of ancient tradition, reliable pattern, and brightest mystery. Earl Grey Bella Luna brings the light of the full moon to your cup. Robust Earl Grey shines with familiar bergamot notes, highlighted by a soft glow of coconut and cream. Rich, bright, and well-rounded, this tea is not to be missed… but it only rises once a month, so don’t miss out!

I was a little bit worried going into this tasting session because when I opened the bag I was punched in the face by the insanely strong bergamot smell and nothing else so that’s that I was expecting taste wise as well. I was expecting to take a sip of this and not be able to carry on drinking it because the bergamot overpowered everything and the added coconut and crème notes would be completely lost but that wasn’t the case at all. 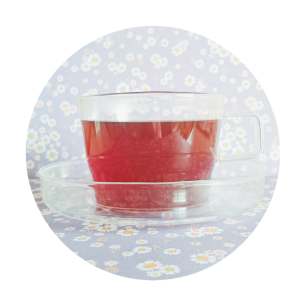 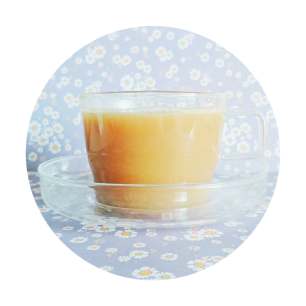 While steeping the bergamot calmed down and became much lighter in the and a deliciously sweet coconut note came through which made almost all of my worries and hesitations about this blend disappear completely. When I took my first sip I turned to my fiancé and said nothing but WOW I think I’ve found my new No.1 Earl Grey! knowing me he knew that, that was a big thing for my to say because I’m so picky when it comes to Earl Grey but this blend it’s just that good. I’ve not tried this on its own and as a latte and I have to say that while it’s beautiful both ways it’s phenomenal as a latte especially with oatly barista milk as the milk amplifies both the coconut and the crème elements which makes this blend even better. This has become an everyday tea for me and I can see it being my go to Earl Grey for a long time to come. If you’re a huge Ear Grey fan like I am give this blend a try because I know you will adore it just as much as I do.

If you want to find out more about Adagio and buy some of this amazing Earl Grey for yourself, you can do both here (Be quick though remember it’s only available for today). As always if you have any questions at all either stick them in the comments or send them to me on Twitter/Instagram @teaisawishblog and I’ll answer them all as soon as I can.