Hey there Teacups! I’m back today with another Let’s Talk Tea post and this time around I’m going to be reviewing Green Tea Houses – Gyokoro. I’ve only ever tried two other Gyokoro’s and despite the fact that aside from Matcha its probably my favourite kind of green tea, I don’t actually have any in my tea collection so this one arrived at just the right time and I’m very thankful that Green Tea House chose to include this in the package they sent. If you’re a big fan of green tea like I am and you are yet to try a Gyokuro I highly recommend picking one up and giving it a try. Most of them are amazing and when I tried my first one I loved it and was so annoyed with myself for not giving it a chance before then. 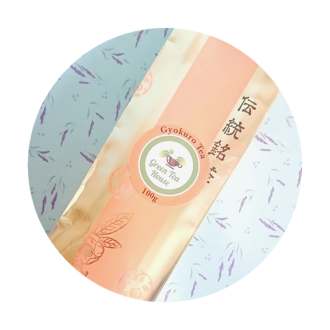 Here’s what Green Tea House have to say about this Tea over on their website: ”Gyokuro loose leaf tea was developed in Uji,  Kyoto the ancient capital of Japan. Today, it is almost exclusively enjoyed in the Kyoto region. Among many regional varieties of this green tea which is the finest grade of Japanese tea, Uji Gyokuro is said to be the best.
Gyokuro is grown in the shade for twenty days before harvesting and has several unique features like an elegant aroma, a sweetness of taste, and a light green colour.
Gyokuro loose leaf tea is one of the finest types of Japanese tea available. It is characterized by dark green leaves. It is very beneficial in providing soothing and relaxation while it also boosts the energy very potently and refreshes you with its powerful antioxidant properties.” 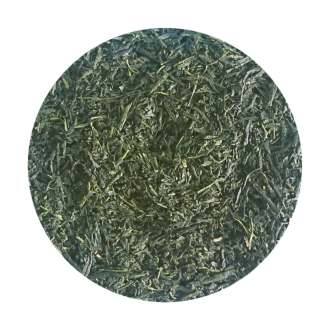 The first sip was amazing and to be honest I expected that because Gyokuro is delicious. It had a strong Umami and as I carried on sipping it became increasingly flavourful. The initial taste was smooth and vegetal but there was also a mild buttery note to it as well. The flavour was invigorating and refreshing and it has a delightfully silky smooth mouthfeel. I steeped this western style and managed to do a few steeps with the leaves and throughout all the steeps the flavour was consistent and bright only wavering around the 3rd steep. The liquor was a pale green with a hint of yellow in the first two steeps and became more of a pale lime green as the steeps went on and the yellow hue dissipated quite quickly.

Looking back while I enjoyed this steeped western style I wish I had used either my Gaiwan or my Kyusu as I think I would have been able to get much more out of the leaves doing shorter flash steeps. If you are going to steep this western style I wouldn’t suggest going over a minute – a minute and a half with any of your steeps as it doesn’t take long for this particular Gyokuro to become bitter. The aroma is very green and vegetal, like fresh cut grass during/after a heavy rain storm in summer, that’s probably a very weird way to describe it but that’s all I could think of when that aroma hit me. There is also a touch of nuttiness and an end note of garden peas. 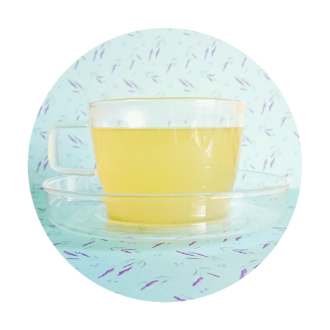 This is a really nice Gyokuro that I have really enjoyed drinking since the day the package arrived at my door. I have around half of the bag I was sent left and I’ll be honest I can’t see it lasting me much longer. I think had this been the first Gyokuro I tried it probably would have gotten a 5/5 from me but considering I have tried other Gyokuro’s in the past I couldn’t help but compare it. The others I had tried had an ever so slight sweetness to them that lasted through multiple steeps and this one was missing that and I noticed it straight away but nevertheless this one was still delicious hence giving it a 4.9/5. I would suggest only having this ‘hot’ as something tells me trying to cold brew this particular tea wouldn’t end every well and honestly it’s far too nice to waste.

If you want to find out more about Green Tea house and try some of their Gyokuro for yourself, you can do both here . As always if you have any questions at all either stick them in the comments or send them to me on Twitter/Instagram @teaisawishblog and I’ll answer them all as soon as I can.