Hey there Teacups! I’m back today with another Let’s Talk Tea post and this time around I’m going to be reviewing The Lichfield Tea Co’s – Chocolate Orange Rooibos. So far I’ve tried a few different blends from The Lichfield Tea Co and for the most part I’ve had a good experience with them all.

When it came to trying this one I definitely had mixed feelings about it because while I am a fan of the combination of chocolate and orange, I’m not a huge fan of Rooibos and my journey with chocolate teas & tisanes has been a bumpy one over the years. Though during most of 2020 all of the chocolate teas & tisanes I’ve tried I’ve actually really enjoyed! They do tend to be very hit and miss though so even after good experiences I know now not to get my hopes up too much. Luckily the experience I had with this tisane was a fantastic one! 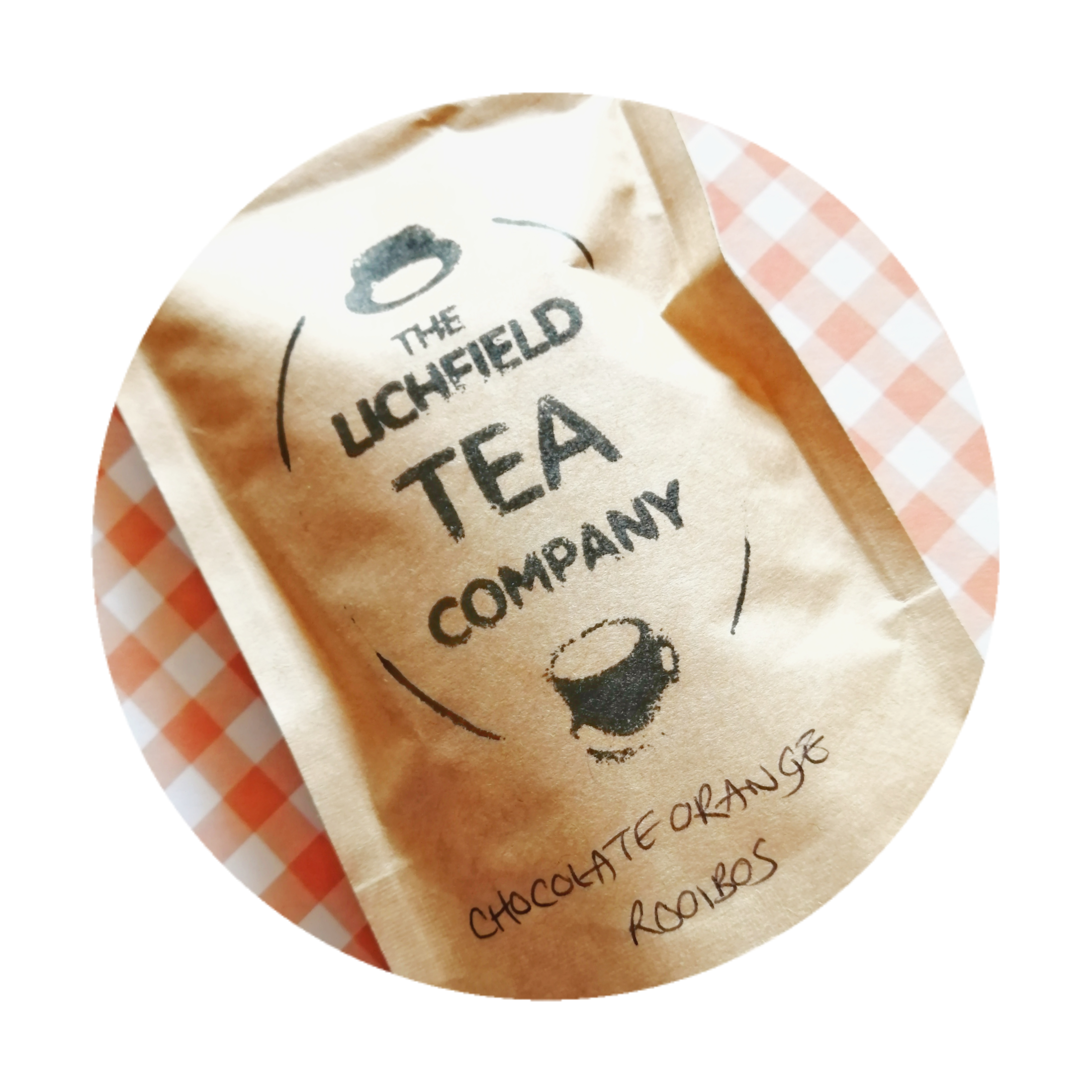 Here’s what The Lichfield Tea Co have to say about this blend over on their website: “Something for those with a sweet tooth! Rooibos tea with chocolate chips, orange peel and blossoms. The sweet and juicy orange harmonises perfectly with the chocolate.” 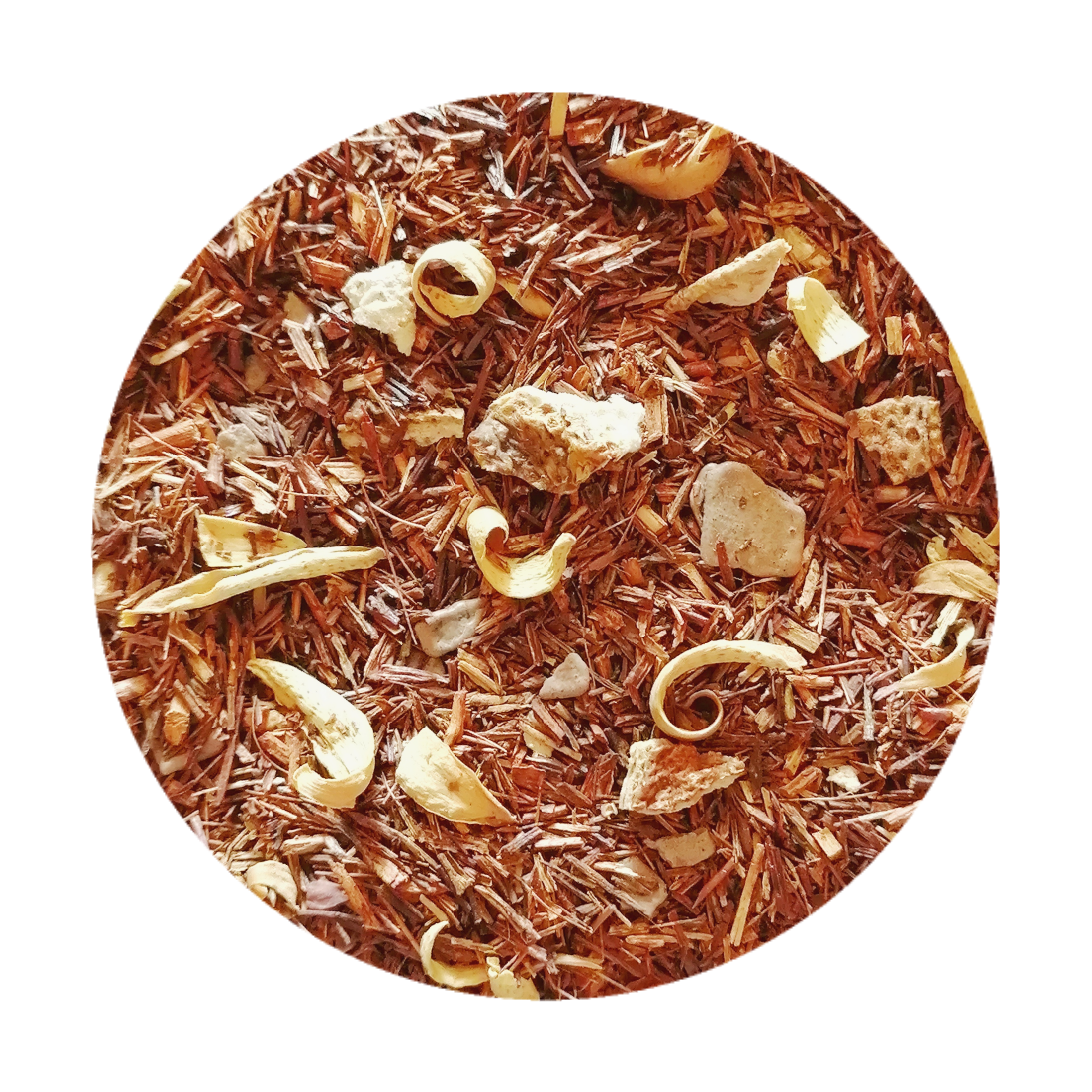 For this tasting session I tried this blend three ways: on its own (hot), with just honey added (hot) and then with both milk and honey added. This is what I normally do with blends that have chocolate elements in them as adding both honey and milk normally does a great job of amplifying those chocolate notes. Out of all the cups I had I really did expect to enjoy the one with both milk and honey added the most but by far my favourite of the bunch was the cup I had with just honey.

That’s not to say I didn’t enjoy it on its own because I did, the rooibos wasn’t too much for me and luckily leaned quite far away from the cough syrup tasting end of things. The orange was present and paired really well with the rooibos actually as it has a subtle earthy nuttiness it and the top together made this taste like autumn in a cup! The chocolate notes in the cup I had on its own were present but could have done with being stronger and sweeter. They did add a nice creamy mouthfeel to this blend though which made it feel just that pinch more indulgent. I do recommend steeping this for around 7-10 minutes though as the longer you steep it the better it gets. I was worried that the orange notes were going to be overpowering in this blend but I think the fact that those flavours come from natural sources means that they are present and easy to pick out but they don’t overpower anything else in the blend.

The cup I had with just honey like I said was by far my favourite because the honey sweetened both the orange and the chocolate notes which is everything I wanted from this blend it balanced things out perfectly and while the rooibos base is the star of the show as soon as the honey was added those orange and chocolate notes were given their own moment to shine. The chocolate chips in this added enough of a creaminess to this that milk was not needed at all for me. I can imagine it would make a great latte but for me I’ll definitely be drinking it with just honey added from now on.

The cup I did have with honey and milk was nice but I found it did outshine the orange a bit and kinda throws the whole cup off balance. It amplified the creamy note the chocolate chips were already providing and did make this seem like much more of an indulgent treat. It was nice but I personally prefer it without the milk. I am going to try out cold steeping this in milk overnight and see how it turns out and maybe a few other experiments as well because there’s just so much you can do with a classic combination like chocolate and orange. This will definitely be a blend I purchase again in the future because out of all the chocolate orange blends I’ve tried this one is by far the best of the bunch.

If you want to find out more about The Lichfield Tea Company and purchase this blend you can do both here. As always if you have any questions at all either stick them in the comments or send them to me on Twitter/Instagram @teaisawishblog and I’ll do my best to answer them all as soon as I can.

*The tisane featured in this post was gifted to me for the purpose of this review. All opinions are my own and have not been paid for*